Along with having pantry staples, every kitchen should be stocked with certain cookware staples. Tops on my list? A Cast-Iron Skillet.
I had one in my cupboard but it met a plastic colander and fell in love. They literally melted together. I still have it, but “restoring it” is another story.
For over a year I’ve been deprived of the joy and ease of cooking with cast iron.
Until this Christmas!!

Love my Mom. Not only did I get the cream of the crop of cast-iron skillets but she added a super cute vintage apron to boot!
In 1896, Joseph Lodge and his wife, settled alongside the Cumberland Plateau of the Appalachian Mountains in Tennessee. Joseph opened his first foundry, cast some skillets and they sold like hot cakes. Lodge Cast Iron was born and to this day, “100 years and still cooking”, this family run business has boomed with not only cast iron skillets of all different sizes, but also a line of cookware and more. This company also prides itself on it’s Eco responsibility.

I was on my own the other night, craving a nice steak. I decided to christen my cast-iron.
I took out a nice piece of meat, seasoned it with salt & pepper and let it come to room temp. In the meantime, I added a little oil to the pan and let it get nice and hot. I carefully placed the steak in the pan.

I turned the heat to medium and cooked on each side for maybe 4min each? It’s really something to eye. I like my meat medium rare. Once I felt it was done I pulled from the pan and let it rest on a cutting board. I then added a little butter to the pan and some sliced mushrooms. Added a splash of red wine to deglaze the pan and scraped up the bits and stirred the shrooms with a wooden spoon(I hate using metal in cast iron). I had some summer squash steaming in another pan. I portioned my steak(to save some for lunch the next day!) and topped with the mushrooms. Delicious! 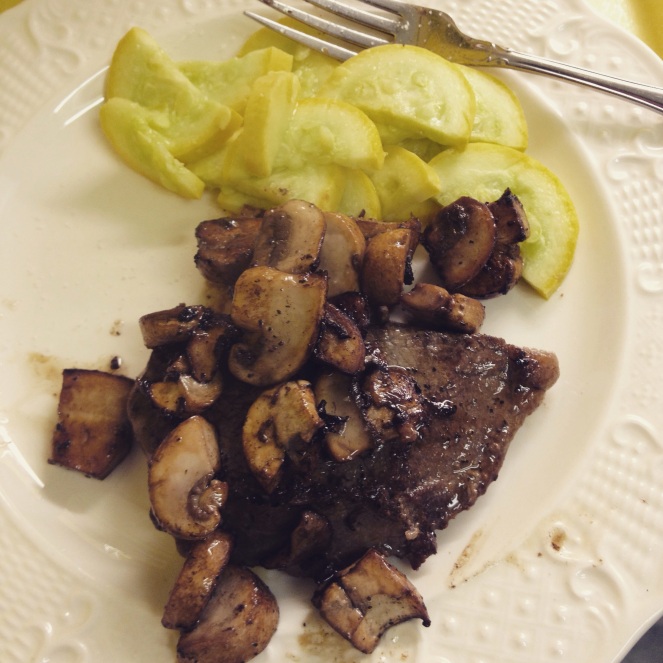 I’m so glad I started using my pan instead of saving for some special dinner. Every dinner is special when you cook it yourself.
The next day I was cleaning up a storm. I was hungry and happily realized I had some steak left in the fridge! I pulled it out, sliced it up and lightly sautéed the slices in a small pan with mushrooms. I topped some torn red leaf lettuce with the warm steak and shroom mixture. Drizzled with some fabulous oil and vinegar from Olive Del Mondo 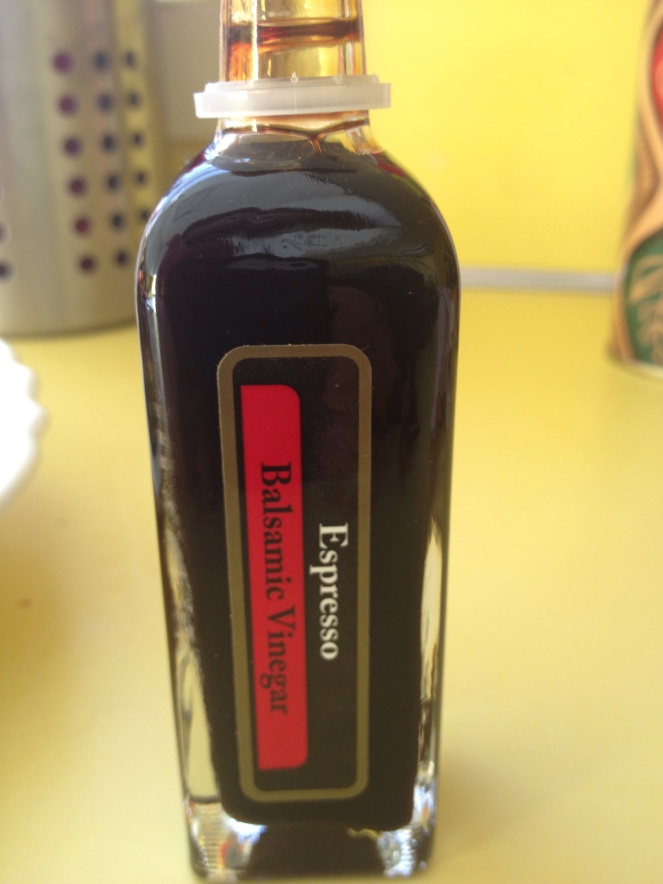 I seriously don’t know which was more delicious, the seared steak or my luncheon salad. I do know both were super easy to make.
A Lodge skillet is affordable with so many scrumptious possibilities: corn bread, buttermilk biscuits, chicken under a brick, bacon and more. Invest in this American-made classic.
Come on over, supper’s ready!